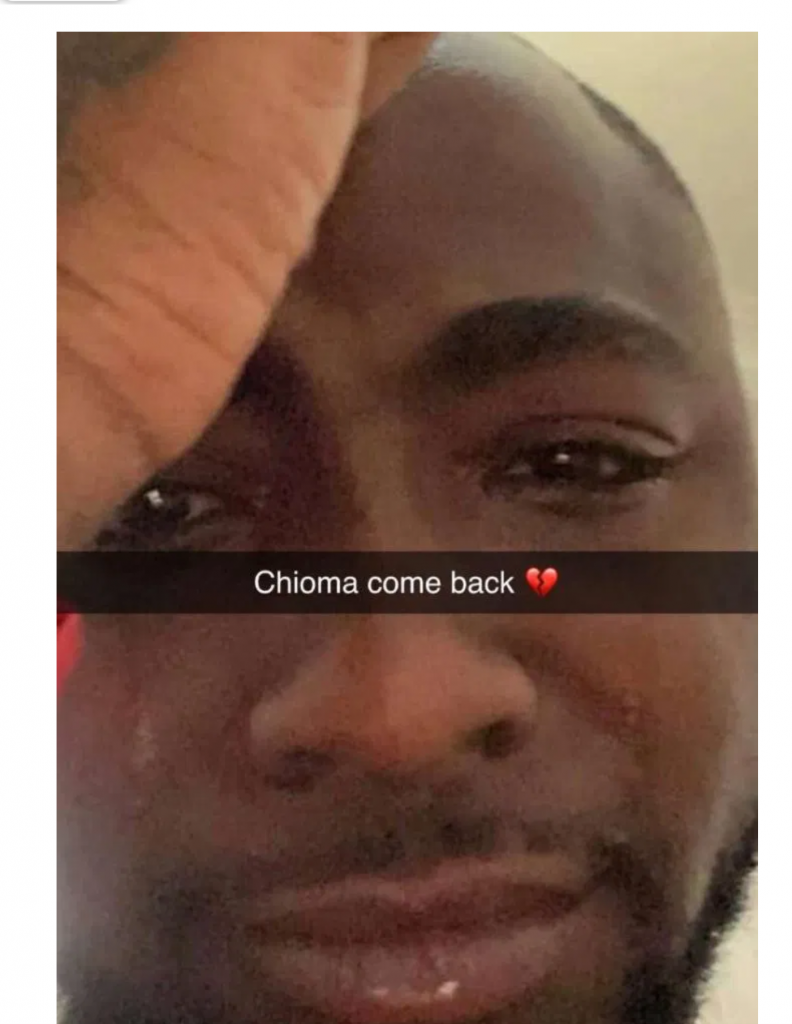 The CEO of DMW seems to be in pain after his sweetheart Chioma left him. For the past two weeks, Davido has been trending after his alleged fourth and fifth baby mama surfaced online, the news was broke by the popular Instagram blogger who is well known for bring out the private lives of most celebrities.
According to her, The fourth baby mama is a popular Make up artist who lives in the United State of America, whiles his fifth baby mama is a beautiful lady he met whiles on a tour in the USA, Houston.
Recently, News broke out the his soon to be wife and third baby mama, Chioma has packed out of the house after hearing the news.After Days of going off social Media, Chioma yesterday Addressed the whole issue of abuse leaving the part of her break up with Davido.
According to Chioma, Abuse is a whole different level as she wont tolerate such things from any man no matter who you are.
Davido has reacted to it on his snap chat handle begging his love to come back. Posting a picture of his teary eyes, He wrote; Chioma come back with the emoji of a broken love.

NCC Disqualifies Nigerians Below 18 From Getting SIM Cards